Among them, the argentinian Bandoneonist Dino Saluzzi, Al Di Meola, Philip Catherine, but also the Quatuor Voce, Michel Legrand, Vincent Segal, Phillipe Jarrousky, and many others…
In 2009, he won ( ex-aequo ) the "European Guitar Award", in Dresden, Germany,
which led him to record his first album for the german label Wildner Records.

His versatility and curiosity made him play with greek, indian, south american musicians, and when he met the Chemirani Family in 2001, the iranian drum (Zarb or Tombak) made such an impression on him that it became his second instrument.
He recorded albums with Bijan Chemirani, for the project « ONEIRA »,

and more recently a Duet, for french label Harmonia Mundi.
Then, a new duo with argentinian singer Sandra Rumolino, took Buenos Aires and various parts of the world…
Lately, he produced and released the album KYMATA, featuring arrangements of greek music, with Maria Simoglou and Iacob Maciuca.

He also composes for various ensembles, recently the Quatuor VOCE, and also for the theater and Documentaries and short Movies. 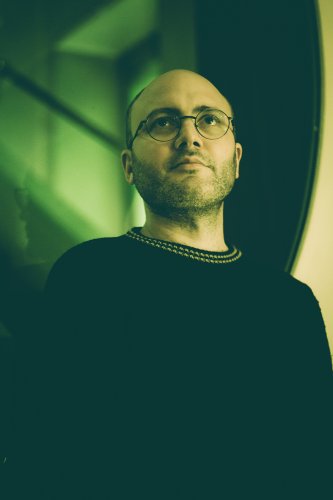 Lately, he recorded a new duet album with J.L Matinier for the prestigious label E.C.M Records , released in June 2020.