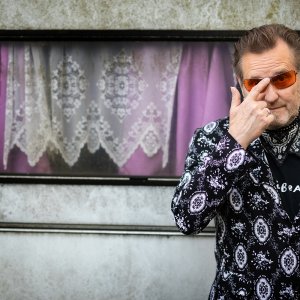 Stefan Stoppok, born in Hamburg in 1956, grew up in Essen in the Ruhr area, where he began his career.

He applied to the Folkwangschule in Essen, unfortunately without success, was on the road for years as a street musician throughout Europe.

After a few bands Stefan played in, he began to perform as a solo artist or with the band 'Stoppok' in 1982. From 2000 his records were released on the new label 'Grundsound'. 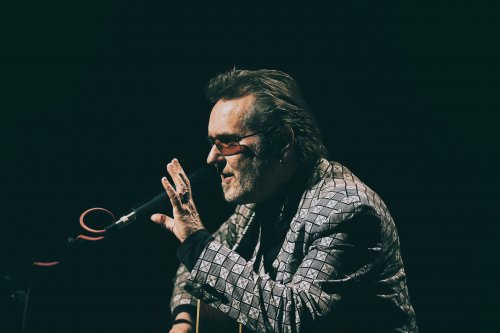 Stoppok - Artist of the Month January

Stefan is a German singer-songwriter. A bit different than 'songwriter' is commonly connoted. His songs are everyday observations. Best known are songs like 'Ärger' or 'Dumpfbacke', 'Tanz' or 'Learning burning'....

His musical orientation can be described as a mixture of folk, blues and rock. The mixture is occasionally provided with Reggae, funk or West Coast elements. In addition to his guitar playing, his German song lyrics and transitions, performed with his typical Stoppok voice, are characteristic.

His own lyrics or sometimes written in co-production with Bernie Conrads or Danny Dziuk are characterized by everyday satire as well as thoughtfulness.
On stage he shows a close interaction with, among others, bassist
Reggie Worthy.
At the moment his tour is cancelled due to illness.

We are happy to have Stoppok, a great artist from the Ruhr area, in the Acoustic Family.