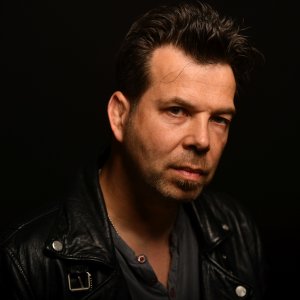 In January 2018, Blue Rose Records released Rill's first double album, Getting Into Trouble (20 Years Of Gunslinging). In May 2019, "Songland" was released on Blue Rose. The album contains 15 songs and was recorded by Markus Rill & The Troublemakers at 7V-Studio in Bockenem/Niedersachsen.

25 years after his debut album, Markus Rill releases Everything We Wanted, an album that brings together all of his strengths: deep, diverse Americana songs, gripping rock'n'roll and soul with intelligent, touching lyrics.

The 14th album is a highlight and culmination in the work of the singer-songwriter with the 'frosty voice'.

n Germany, probably in Europe, there is no one who is closer to Steve Earle, John Hiatt, Mellencamp, Tom Petty, no one who does his roots rock thing more authentically than the 51-year-old native of Frankfurt.

Markus Rill was born on March 20, 1970 in Frankfurt/Main. He spent a year in Austin, Texas studying American music in the tradition of Bob Dylan, Townes van Zandt and Guy Clark. His debut album Gunslinger's Tales (1997) was self-published.

Numerous performances, including Hazeldine, Steve Wynn and John Wesley Harding, 1999 he released ‘The Devil And The Open Road’.

In 2004, Rill first recorded an album 'Hobo Dreams' in Nashville with US musicians. Produced by Duane Jarvis.

Other albums: The Hobo Companion, a collection of live recordings, demos, radio recordings and covers. In 2006 he published The Price Of Sin, recorded in Nashville.

In January 2008, The Things That Count released on Blue Rose Records.

In March 2011 the album Wild, Blue & True was released, containing 13 new songs with his band The Troublemakers.

In January 2015, the 'Süddeutsche Zeitung' published a large portrait of the musician, who now lives in Munich, entitled: "Der Dylan vom Glockenbach": "When Rill sings, when he taps his foot gently in time and closes his eyes, then he dives a whole world up, the world of rock 'n' roll. All he needs is a guitar, subtile picking and his voice. Awesome."